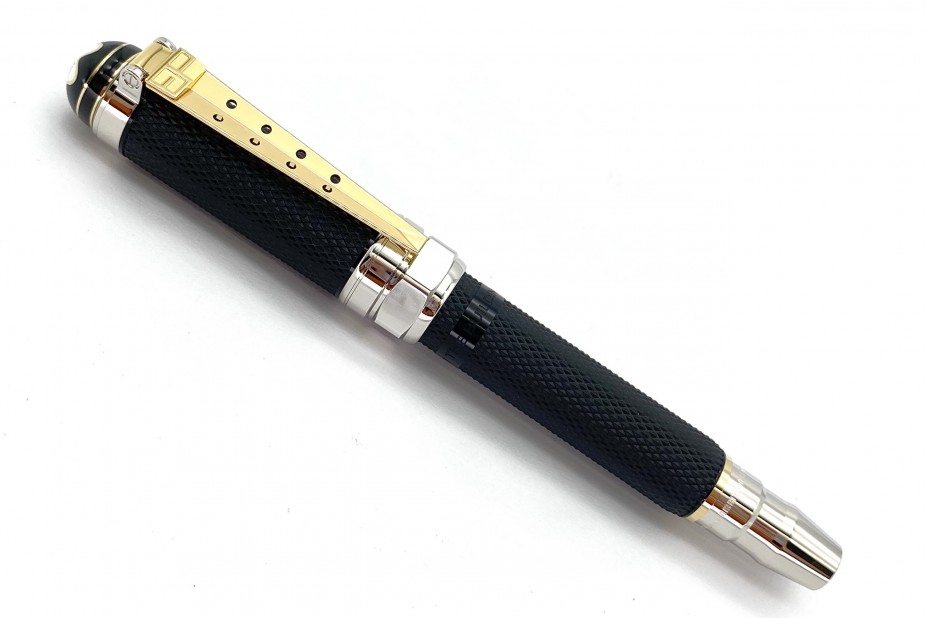 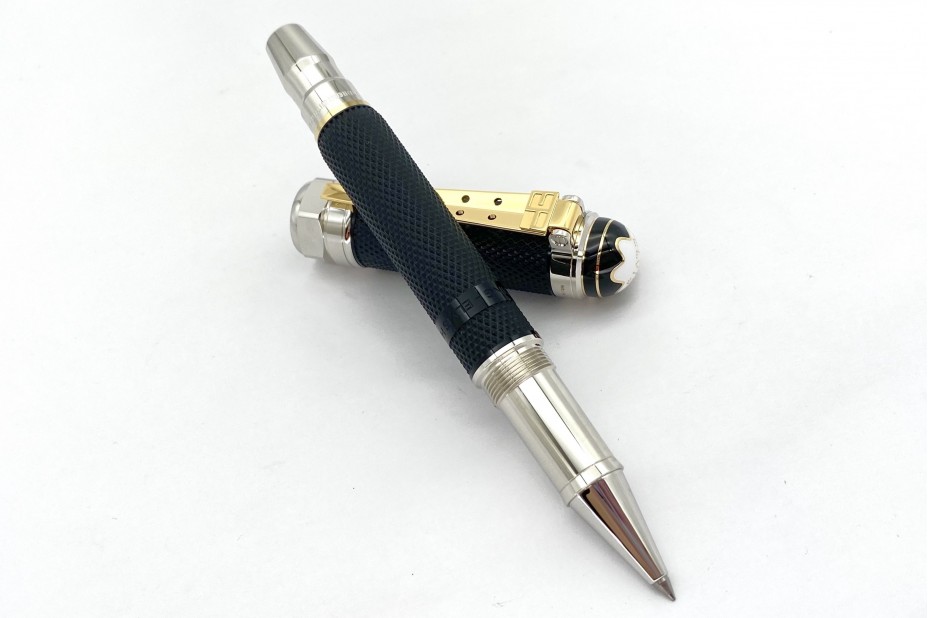 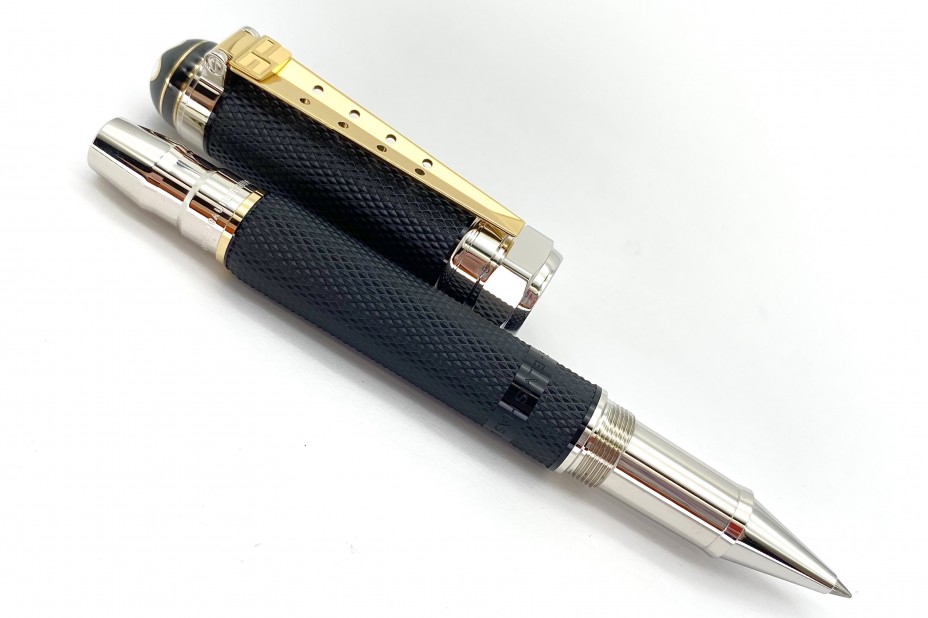 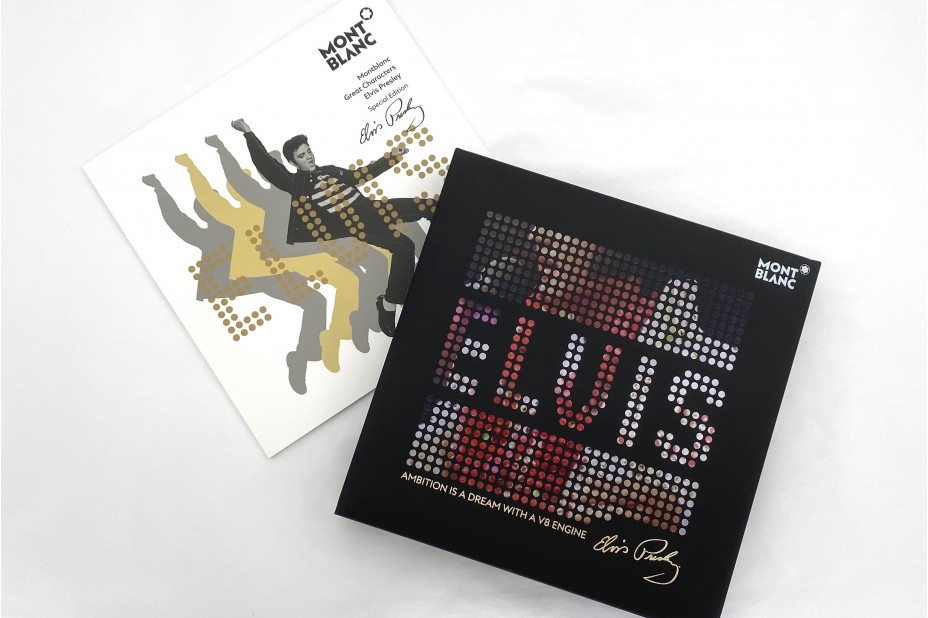 Elvis Presley is still regarded as one of the most significant cultural icons of the 20th century - the "King of Rock'n Roll" who shaped a generation.

Born in 1935, Tupelo, Mississippi, and relocated to Memphis, Tennessee, Elvis Presley became one of the most famous musicians. The overall shape of the writing instrument is in the form of a car engine's spark plug, inspired by Elvis' love for V8 engines, as well as the shape of the clip.

Pattern on cap and barrel from the finishing of the Golden ring he wore during the “Aloha from Hawaii” concert. Clip has a V shape coming from Elvis’ love of Cadillacs and their V8 Engine, and the “EP” from his signature style sunglasses.