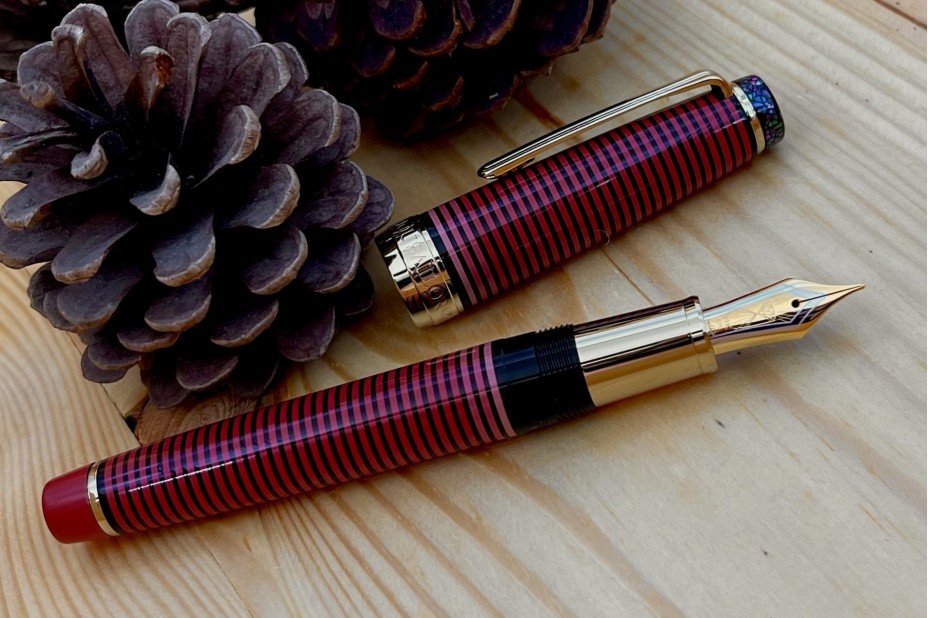 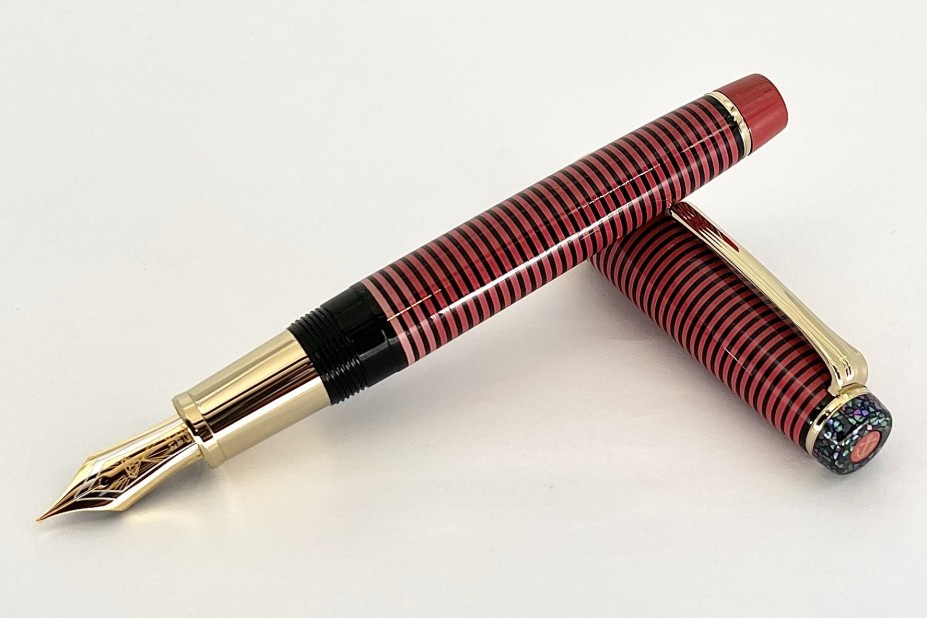 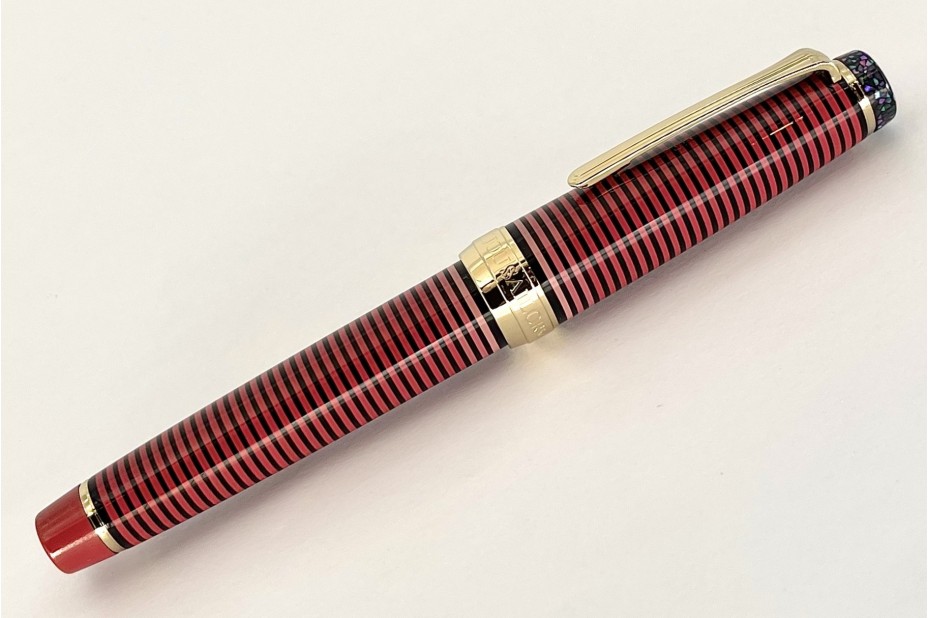 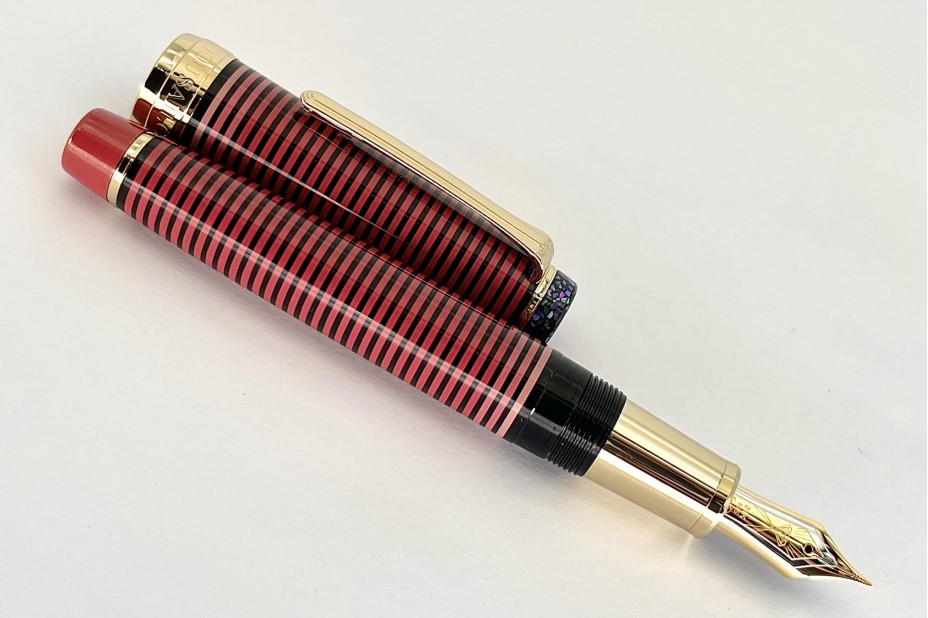 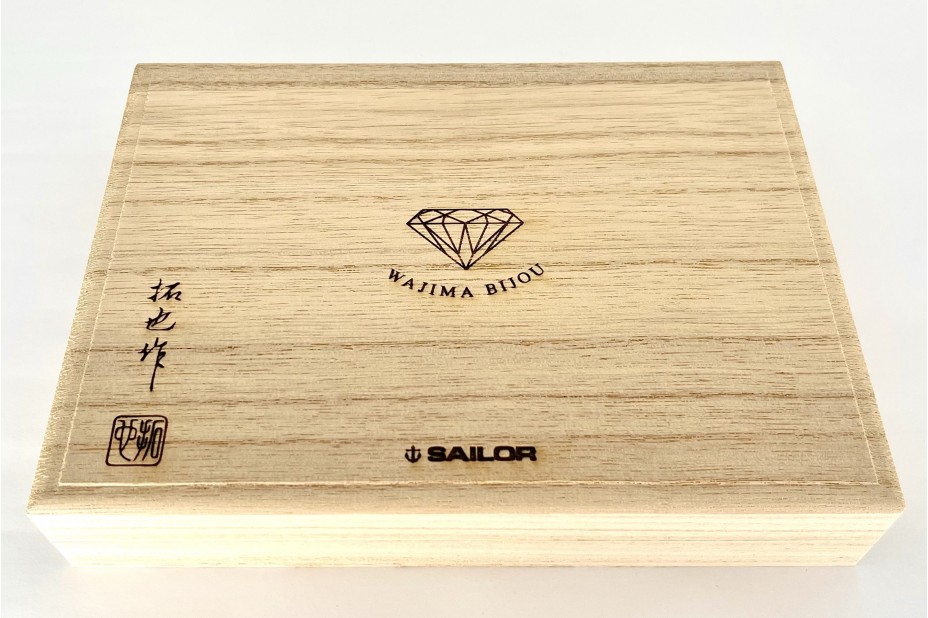 Being produced in just 300 numbered pieces worldwide, the Sailor Pro Gear Classic Wajima Bijou Coral Limited Edition is hand-finished at the traditional craft center of Wajima on the west coast of Japan.
Raden mother of pearl is inlaid in the cap top, and the pen is provided with a specially inscribed 21k solid gold nib in Medium.

Traditional arts and crafts can be found in every region of Japan. Especially popular is the technique of Urushi-nuri, lacquer coating. Examples of this lacquerware can be found all over Japan.

Wajima-niri is a for of lacquerware produced in Wajima city, Ishikawa prefecture which can be dated back to the Heian era (year 794 to 1185).

To acknowledge the skilled work of Wajima-nuri maki-e craftsmen, Sailor made the Wajima Bijou fountain pen.

The body is covered with Urushi lacquer, the top of the cap is finished with mother of pearl maki-e finish and the end of the barel is in the color to represent a jewel. Each jewel has it’s own meaning and the pens are made with this in mind.