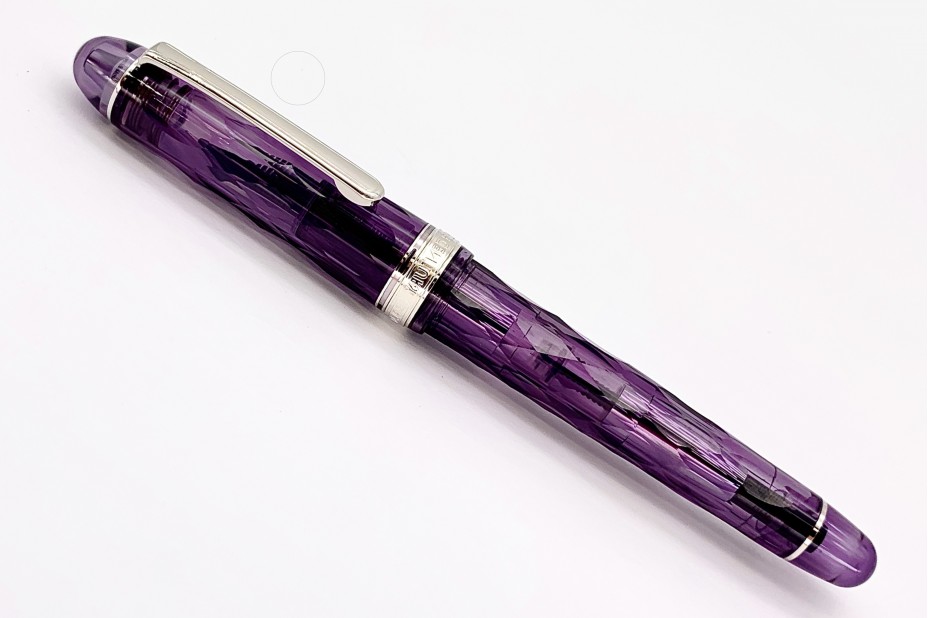 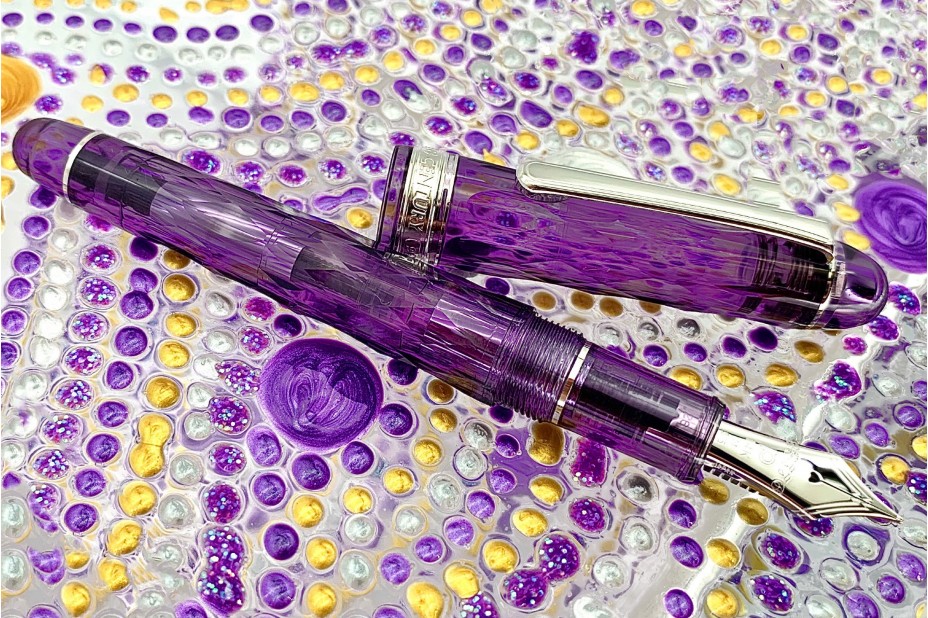 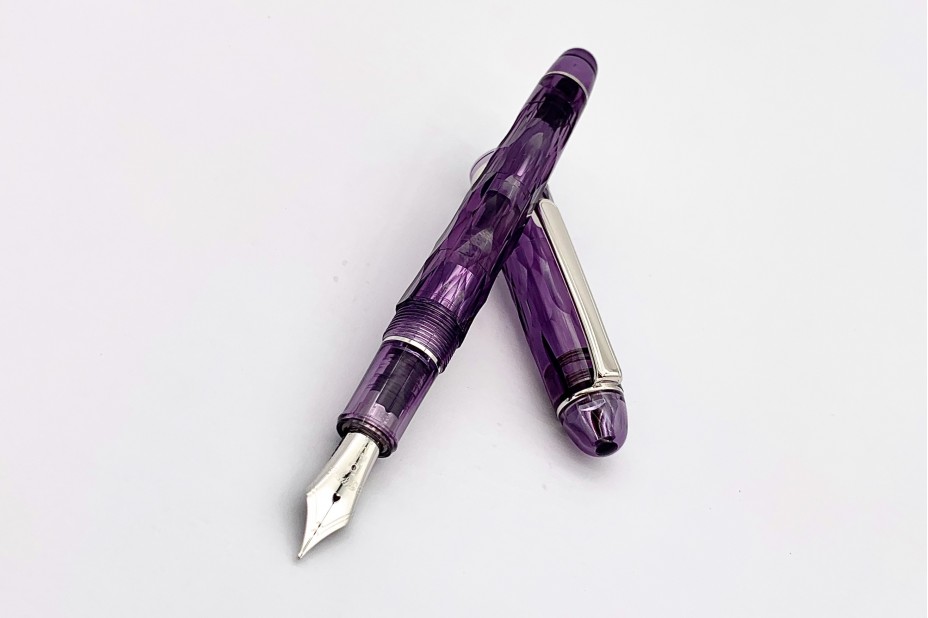 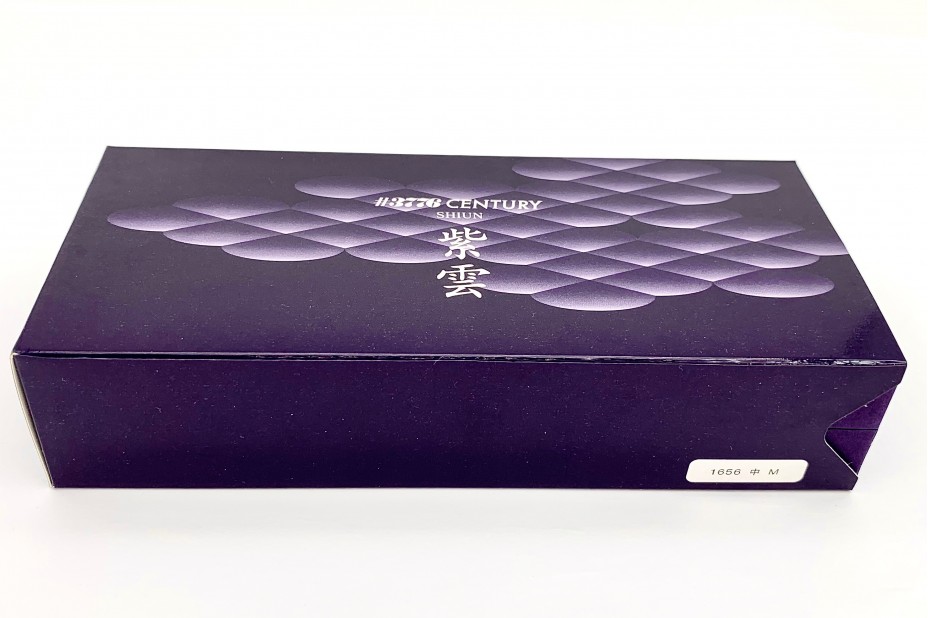 "Shiun" is the fourth limited edition under the 3776 Century Fuji Shunkei series. Purple clouds, or "Shiun" in Japanese, are believed to be an auspicious sign since ancient times. These clouds of good fortune appear around Mount Fuji, which has been worshiped by people over the centuries, painting the entire area with purple colors. Such a magnificent view, filled with supreme joy as if it heralded the beginning of a new era, is expressed in this new fountain pen.

The intricate pattern on the body depicting a layer of thin clouds is created through a detailed facet cutting. It produces depth and refraction of light that reproduce the image of the beams of light extending from clouds as if they were shining down from heaven onto the earth. A part that resembles Mount Fuji is placed at the top of the pen, expressing the mountain enveloped in purple colors. Only 3776 pieces are made which represents the height in meters of Mt. Fuji. Each pen individually engraved serial number.

"Shiun" features the 'Slip and Seal' airtight cap to improved the storage ability so that the ink will not be dried up if it is left for a long period and it is also resistant to leak due to pressure changes. Platinum Pen has gone back to the basics to address these drying issues. Every part and mechanism has been carefully studied and re-engineered. The result is the #3776 “Century,” a designed that is based on the popular #3776 series pens with a sleek design, comfortable writing balance with smooth ink flow.