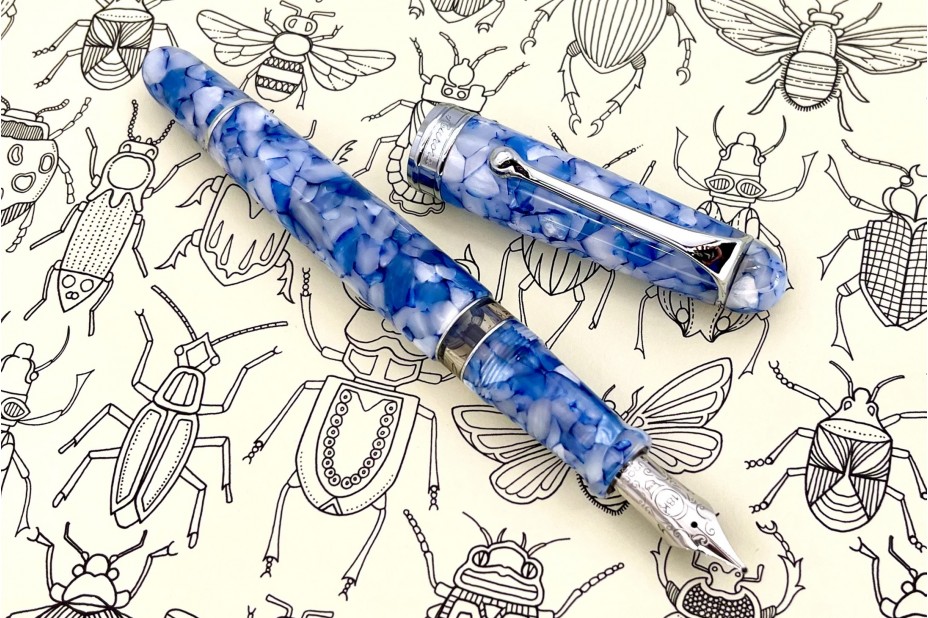 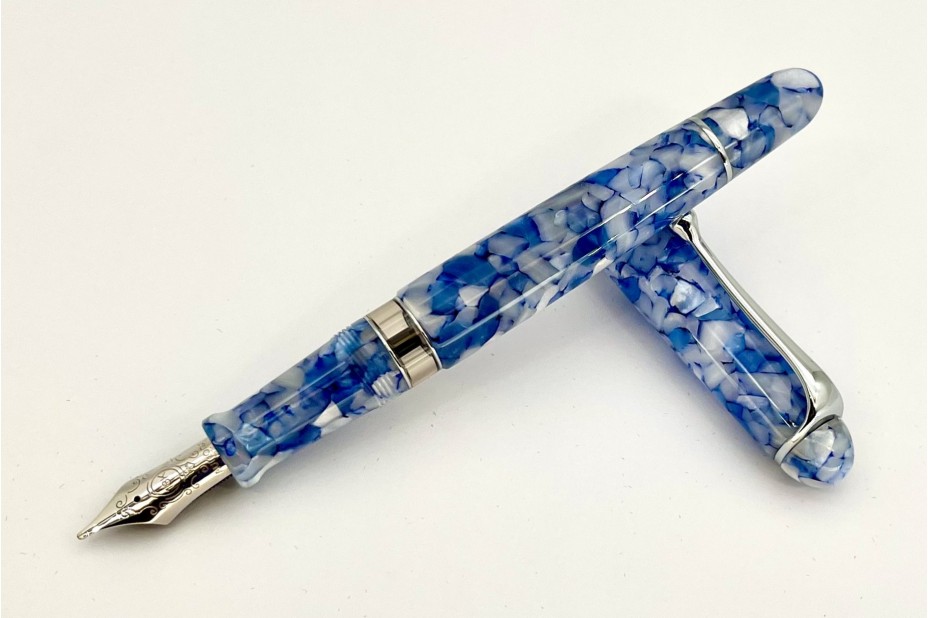 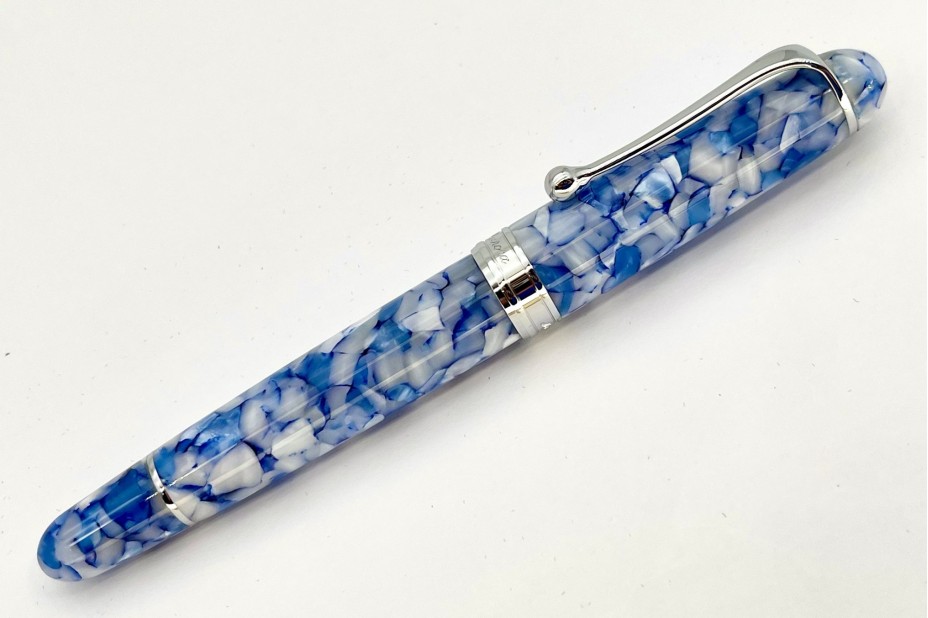 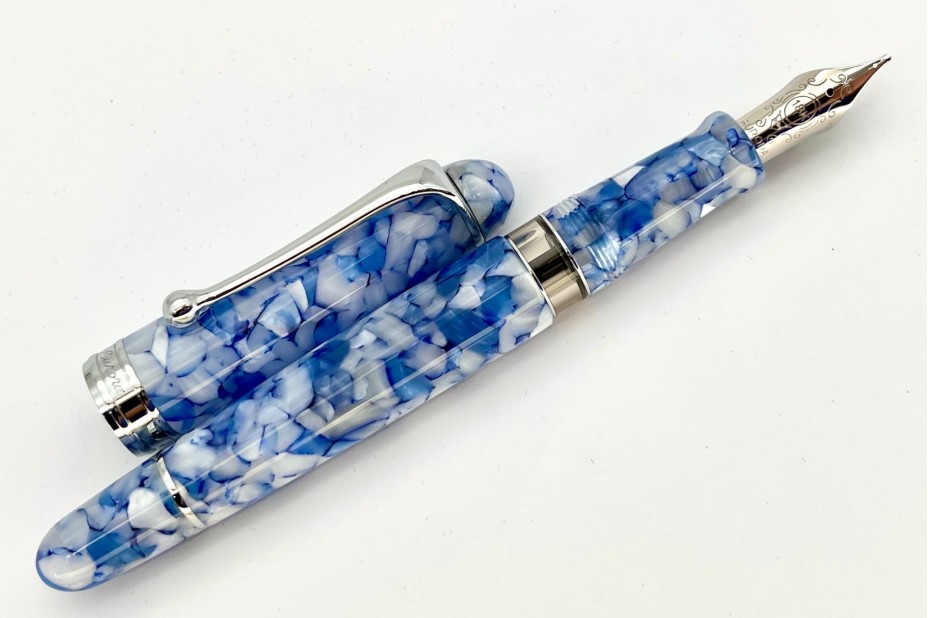 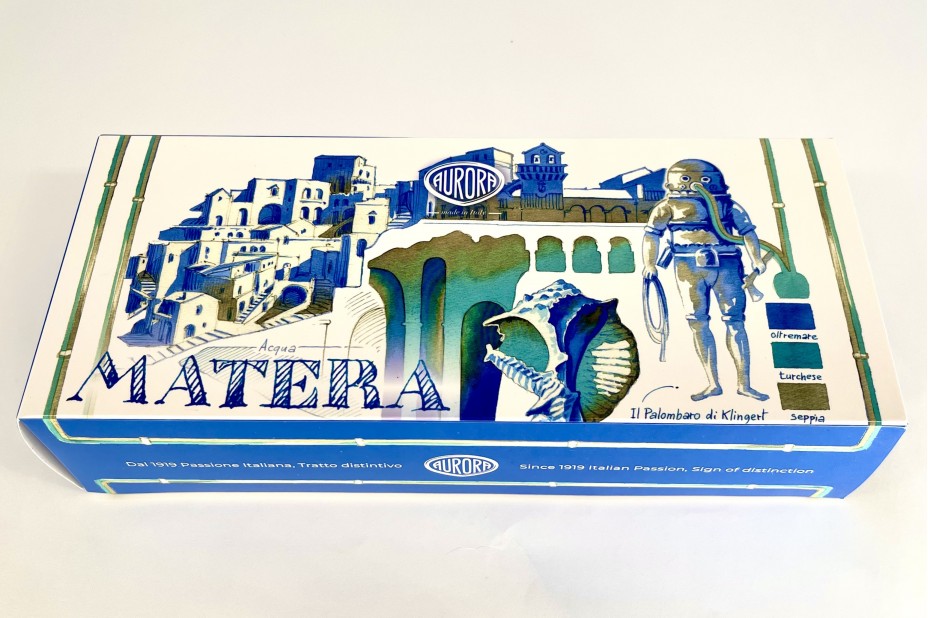 The first stop on Aurora's Secret Journey through Italy is Matera. Known throughout the world for the famous stones called Sassi, and, which not everyone knows, there is a large underground water tank in the city called “Palombaro Lungo”. This is the real secret of this city, the large underground cistern that supplied the city with water and which was entirely carved by hand in the soft sedimentary rock, rich in fossil shells.

The main sense and synaesthesia of this collection is Hearing. Each City is accompanied by its distintic music that will make you experience the atmosphere of the place, through a QR code inserted inside the precious box of the pen. Each Limited Edition is also enriched by a precious watercolored bookmark, which like a postcard remains in memory of the fabulous journey.

The fountain pen has a cap and barrel in turquoise and white Auroloide, with silver coloured trims and an 18 karat solid gold nib. It comes in a limited edition of only 888 numbered pieces.

The pen is hosted in an elegant box in black lacquered wood, with black interior to enhance its brightness.

Every Aurora product has a story to tell, an Italian story, a story of modernity and tradition.
Each model, studied and produced with passion and indisputable ability, represents a new step forward in the history of the company, which has always been oriented towards research at the highest standards of luxury and quality.