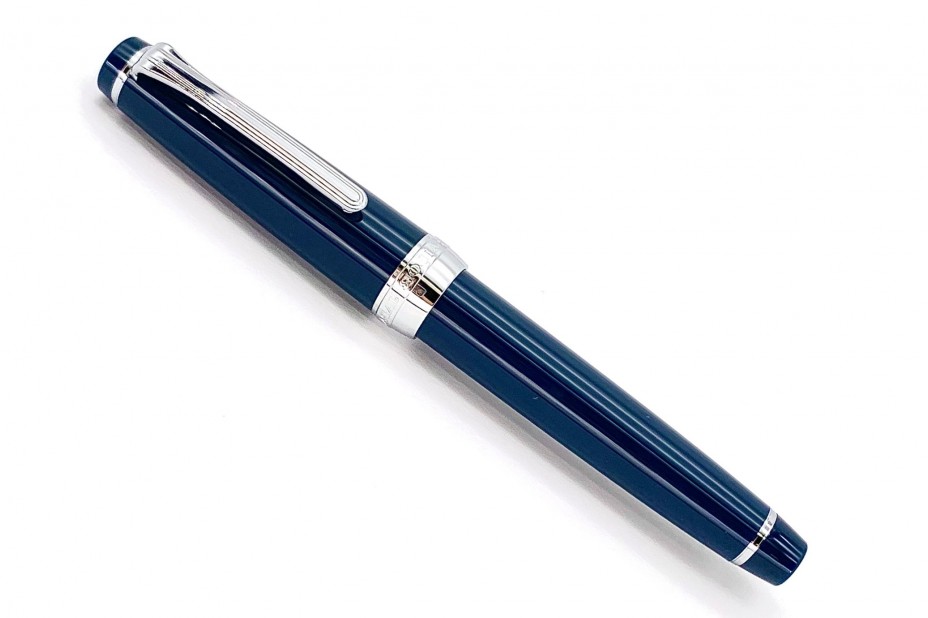 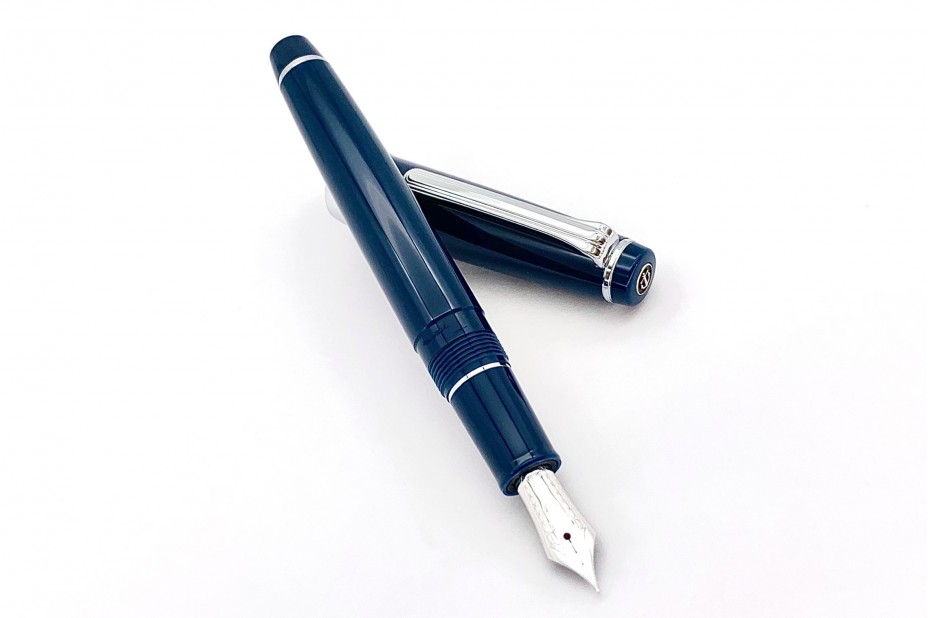 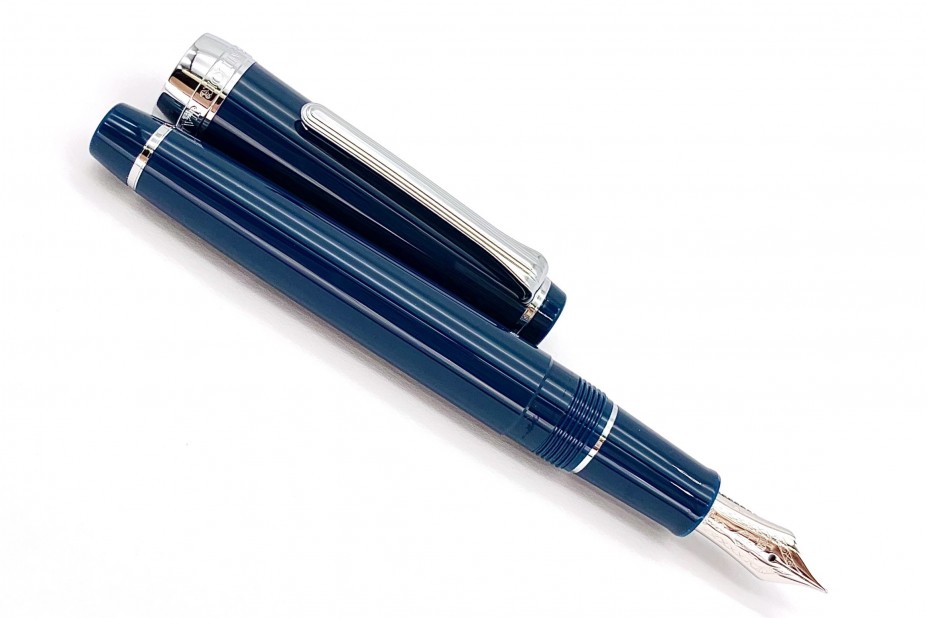 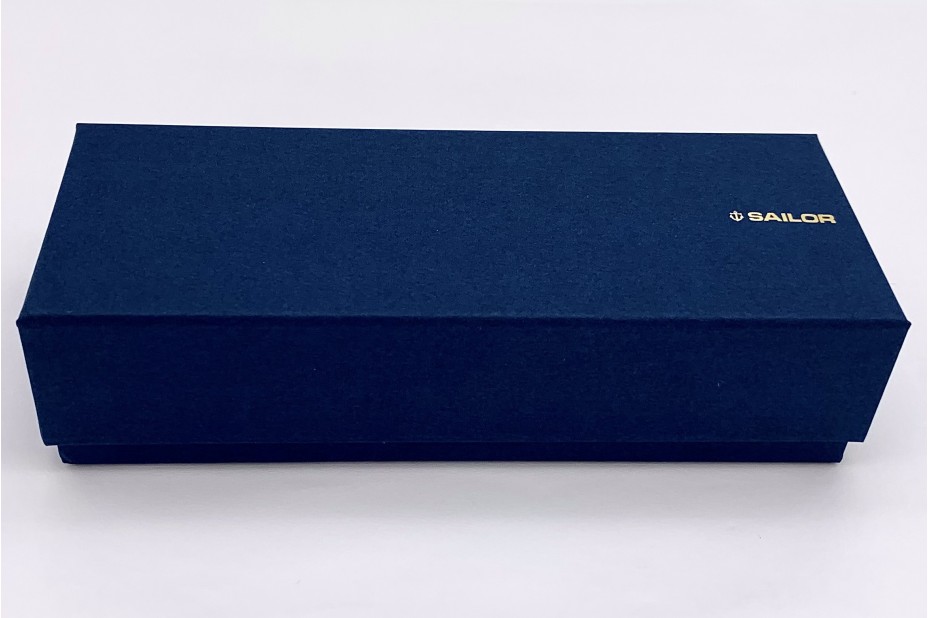 Sailor has just launched the Pillow Book collection. Pillow Book - a collection that was widely read Japanese essays written during the early 1000s is the theme of this new series. Various subjects were touched in this collection of poems and anecdotes, however, one that was frequently mentioned are the four seasons. This inspired Sailor to introduce the first in their annual release of the Pillow Book series - the Midnight Sky. Its rich Midnight blue hue with rhodium trim is reminiscent of a cloudless summer night with the full moon in clear view and fireflies dancing around. The Sailor ProGear Midnight sky blue fountain pen is a flat-top full-sized model accentuated by rhodium-plated accents is fitted with the incredibly smooth and responsive 14k gold nib size (Ø17mmX124mm). The Sailor anchor logo is adorned on the top of the cap. The pen accepts converter or cartridge, both of which are included in the standard Sailor gift box. It is available in Extra Fine, Fine, Medium, Medium Fine, Broad, Music, and Zoom nib.